ABSTRACT: We have conducted high-pressure, high-temperature isotope exchange experiments between molten silicate and molten Fe–Si–C-alloys to constrain the effect of Si on equilibrium Fe isotope fractionation during planetary core formation. The values of 􏰁Δ57 FeMetal-Silicate at 1850 ° C and 1 GPa determined by high-resolution MC-ICP-MS in this study range from −0.013 ± 0.054‰ (2SE) to 0.072 ± 0.085‰ with 1.34–8.14 atom % Si in the alloy, respectively. These results, although not definitive on their own, are consistent with previous experimental results from our group and a model in which elements that substitute for Fe atoms in the alloy structure (i.e., Ni, S, and Si) induce a fractionation of Fe isotopes between molten silicate and molten Fe-alloys during planetary differentiation. Using in situ synchrotron X-ray diffraction data for molten Fe-rich alloys from the literature, we propose a model to explain this fractionation behavior in which impurity elements in Fe-alloys cause the nearest neighbor atomic distances to shorten, thereby stiffening metallic bonds and increasing the preference of the alloy for heavy Fe isotopes relative to the silicate melt. This fractionation results in the bulk silicate mantles of the smaller terrestrial planets and asteroids becoming isotopically light relative to chondrites, with an enrichment of heavy Fe isotopes in their cores, consistent with magmatic iron meteorite compositions. Our model predicts a bulk silicate mantle δ57Fe ranging from −0.01‰ to −0.12‰ for the Moon, −0.06‰ to −0.33‰ for Mars, and −0.08‰ to −0.33‰ for Vesta. Independent estimates of the δ57Fe of primitive mantle source regions that account for Fe isotope fractionation during partial melting agree well with these ranges for all three planetary bodies and suggest that Mars and Vesta have cores with impurity (i.e., Ni, S, Si) abundances near the low end of published ranges. Therefore, we favor a model in which core formation results in isotopically light bulk silicate mantles for the Moon, Mars, and Vesta. The processes of magma ocean crystallization, mantle partial melting, and fractional crystallization of mantle-derived melts are all likely to result in heavy Fe isotope enrichment in the melt phase, which can explain why basaltic samples from these planetary bodies have variable δ57Fe values consistently heavier than our bulk mantle estimates. Additionally, we find no clear evidence that Fe isotopes were fractionated to a detectable level by volatile depletion processes during or after planetary accretion, although it cannot be ruled out. 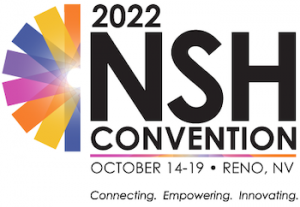 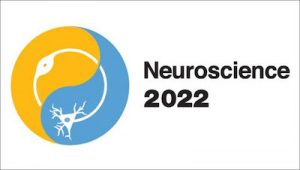 Cell Bio, the joint meeting of the American Society for Cell Biology (ASCB) and European Molecular Biology Organization (EMBO), is an arena to showcase a diverse global community of the brightest minds in cell biology.[...]
View Calendar
Add